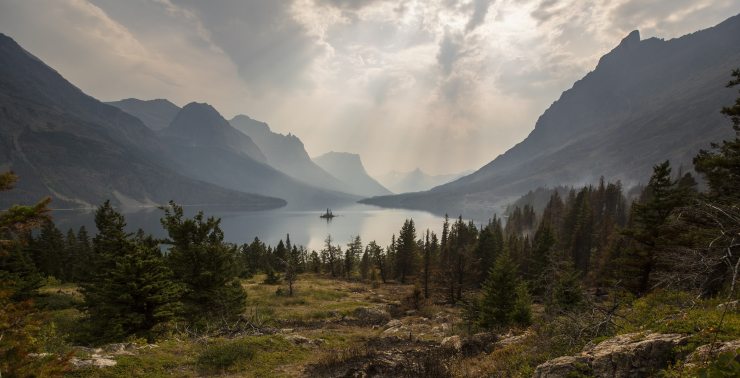 Every year, when we go camping, Mum and Dad tell us the same story. It’s always on the first night as we sit around the campfire roasting marshmallows and looking forward to a week away from civilisation. Every year I beg them not to tell the story again, but they insist. It probably isn’t even real – just a cruel way to stop us kids from wandering too far from the campsite out of fear of what lurks in the darkness. They probably laugh about it once we are tucked up safely in our sleeping bags.

As my parents tell it, it’s a story about some friends they knew; family friends they used to go camping with when they were younger. That story is ingrained in my brain, worn in there after ten, eleven, twelve iterations of the same tale. So here it goes, word for word. But I’m warning you, it’s probably best not to read this if you are planning on going camping anytime soon.

Lois and John went camping every year over Christmas. When their bodies were youthful and untouched by the passing of time, they would head into the bush with their four-wheel-drive and a tent or a couple of swags. But as they got older they had slowly upgraded from tent to camper trailer, to fully decked-out campervan. They would always travel somewhere different to bring in the new year, but John had two rules about the trip. Firstly, their campsite had to have no cell phone reception. And secondly, when it grew dark they had to be able to see the stars. That was the only way to truly relax, he would say with a smile.

Lois wasn’t so sure. She had loved camping when they were younger, but as time rolled on she was enjoying the small comforts more and more. Her knees were getting worse, and climbing up the stairs into the back of the camper sometimes took her a good five minutes. So when the owner of the pub they stopped at for lunch told them about the lovely accommodation out the back with a spa and satellite TV, Lois was sold.

“Oh, let’s just stay here for a few nights,” she said to her husband.

The owner of the pub, Larry, beamed from ear to ear. “I can do you a special deal,” he said with open enthusiasm.

“No,” said John, refusing to look up from his plate of bangers and mash.

“Well, bookings have been a bit slow recently,” continued Larry as though John hadn’t spoken at all. “I could offer you fifty per cent off our usual rates, and throw in a cooked breakfast as well.”

“Come on, John,” said Lois. “Wouldn’t it be nice to spend Christmas somewhere with a real bed for once?”

“No,” said John loudly, banging his knife and fork on the table. His brow furrowed in anger and the restaurant owner took a step back. Lois’ face flushed. “No,” repeated John, quieter this time. “There are too many lights here and I won’t be able to see the stars.”

“I like camping. I’d still be out there in a tent if my wife hadn’t forced me to buy a bloody campervan.” John pushed his chair back and stalked outside.

Lois looked apologetically at the owner of the pub. “Perhaps next year…” Larry looked disappointed and she felt terrible. They were the only people in the whole pub and Lois felt that his obvious enthusiasm for their stay was really thinly veiled desperation. It must be hard to find customers this far from the main highway, she thought.

And with that, Lois and John had set off again on their trip. They turned off the highway and travelled for two hours down a long dirt road and into the bush. Then, just as the sun was beginning to set, they found the perfect spot. It was deserted, there was no cell phone reception, and they could park beside a large lake that lit up like fire in the setting sun. The darkness descended upon their campsite, and John looked to see the sky overflowing with stars.

It was just as they were finishing dinner that the knocking started. At first, Lois thought it was the wind making a branch tap disconcertingly on the back of the camper. The only problem was, it was a calm night and there was barely any wind at all.

The knocking became more insistent, and that’s when John started to pay attention. He pulled the curtain away from the window and peered out into the night.

“John – ” warned Lois, but John wasn’t the jittery type. He strained his eyes against the blackness. But either the light from the stars was too dim or there was nothing of interest to see out there. So the two of them sat in the back of their camper and listened intently. It was eerily quiet, as though the night was listening too.

Then a loud bang came from directly beneath their feet. Lois squealed and dived for the button near the window, causing all of the doors to lock with a definitive click. It was at this time that Lois started to document the events in her travel diary, and it is her hurriedly scrawled entries that serve as the basis for this tale.

John had wanted to storm out of the camper, kitchen knife in hand, to confront whoever – or whatever – was making the sounds, but Lois was having none of it.

John thinks it’s a deer or a wombat or a wild dog but I’m not so sure.

That’s what her journal said. But none of those possibilities put Lois’ mind at ease, and when the scraping sound began, starting at the front of the van and moving slowly, surely, all the way down to the back, Lois finally had enough. “We’re leaving,” she said with calm finality. John didn’t argue, instead crawling through into the front of the campervan to start the engine. The scraping sound reached the back of the camper and then ceased. For some reason, the silence was almost more disconcerting than the screech.

John turned the keys in the ignition and the caravan spluttered to life.

And then Lois screamed again because something tried to open the door handle.

What sort of animal tries to use a door handle?

Her writing was getting messier. John quickly reversed out of the campsite and the couple strained their eyes as the headlights illuminated the darkness, wondering what they would see. Lois wasn’t sure if she would prefer to see the thing that made the noises, or nothing at all. But all they could see was trees and dirt and the lake reflecting the stars off to their right.

And they drove all the way home without stopping and never went camping again.

At least, that’s how I wish this story ended.

Instead, about ten minutes down the dirt road, the caravan shuddered and died. Lois looked at her husband with eyes full of panic. He turned the keys again but the motor just revved and failed to catch.

John wasn’t scared anymore, he was just angry. Before Lois could stop him, John had opened the driver’s door and disappeared out into the darkness. Lois’ final entry was devoid of punctuation.

Fine. I’m guessing that’s what Lois was about to write, but we will never know for sure because her hurriedly scrawled words were cut off at that moment. The campsite by the lake wasn’t a popular one, so it was two weeks before their abandoned campervan was discovered by a young family. They found it where the van had stopped, gas tank drained, and the passenger door left open. There was not a living soul in it, except for a family of possums which had moved in and ransacked the kitchen.

Lois and John were never found. The only clue as to their grisly fate lay in Lois’s travel journal which was found lying on the passenger seat as though carefully placed there. The final entry was written in a different handwriting, and smeared with… well, never mind that.

So, do you still like camping? You should have listened to your wife.

Fill out this form and I will send you a free ebook of short stories.

Alanah Andrews grew up with a boiling mud-pool in her backyard, so it is no wonder that she loves reading and writing speculative fiction. She is the author of Beyond: A Short Story Collection of twisted tales, ghosts, murder and ‘beyond.’ She also has a YA dysopian novel coming out in August 2018. 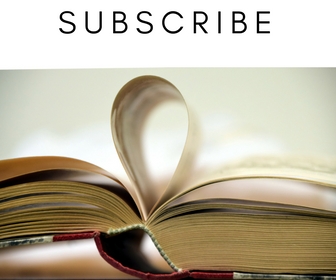